Here is a picture of my Manga Mannequin stood staring into the abyss. 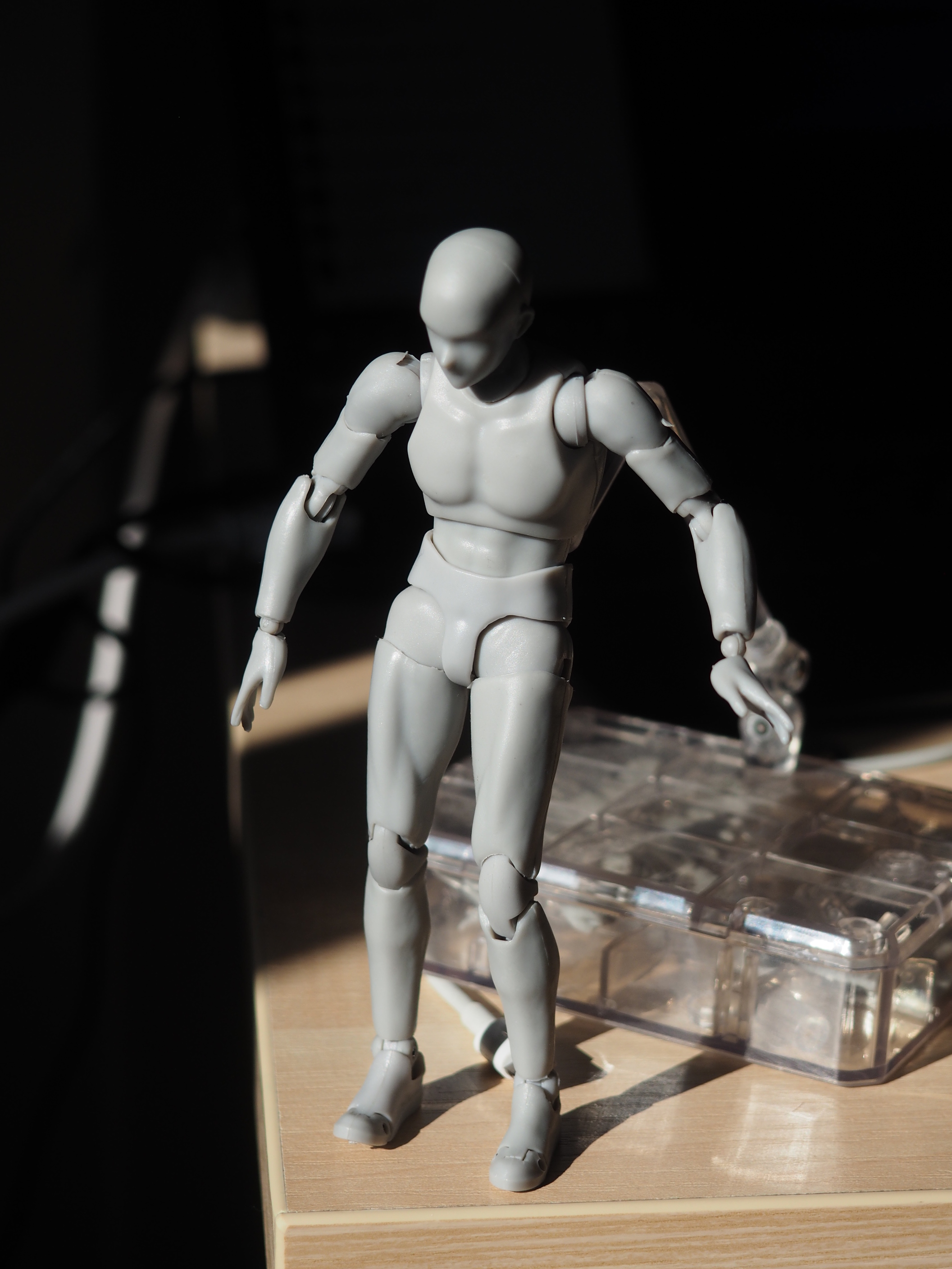 He seems fearful, hesitant, afraid even. He also has no face to tell us this with. No voice and no story. These Manga Mannequins do suggest a story, or perhaps a character, or element of culture, or something like that. There is strength of pose. It’s hard to get any other type of pose. It’s almost impossible to coerce a pose that suggests deference, or fear or diminution. They’re made to model superheros. The powerful stances and limber contortions of Marvel and Andrew Loomis. There’s vulnerability here, which is satisfying.

Here he’s looking a bit more confident. Looking over the edge, trying to decide what to do. You don’t need many cues to derive this sort of information. The mammalian brain is a remarkable machine, capable of extrapolation from very oblique abstractions. You kinda know what this dude is thinking. Your opinion of that (and it is opinion since, we presume, he’s actually thinking nothing at all) will likely differ from mine, but not greatly.

The fact that he’s visibly at the edge of a big drop (in reality, the edge of my desk. I think I was on a conference call at this point. It’s likely that I was paying attention to that more than taking the photo. This type of semi-conscious activity is precisely the sort of thing I need to keep me focused on conference call. Scrolling through Twitter or just daydreaming less so) suggest something of his predicament, or mind set. Were he on an uninterrupted surface, we’d maybe assume he was looking at some object on the floor, surprised or in alarm. Maybe a small dog is barking at him, or he’s noticed a clown in a nearby drain.

The next photo removes some ambiguity. 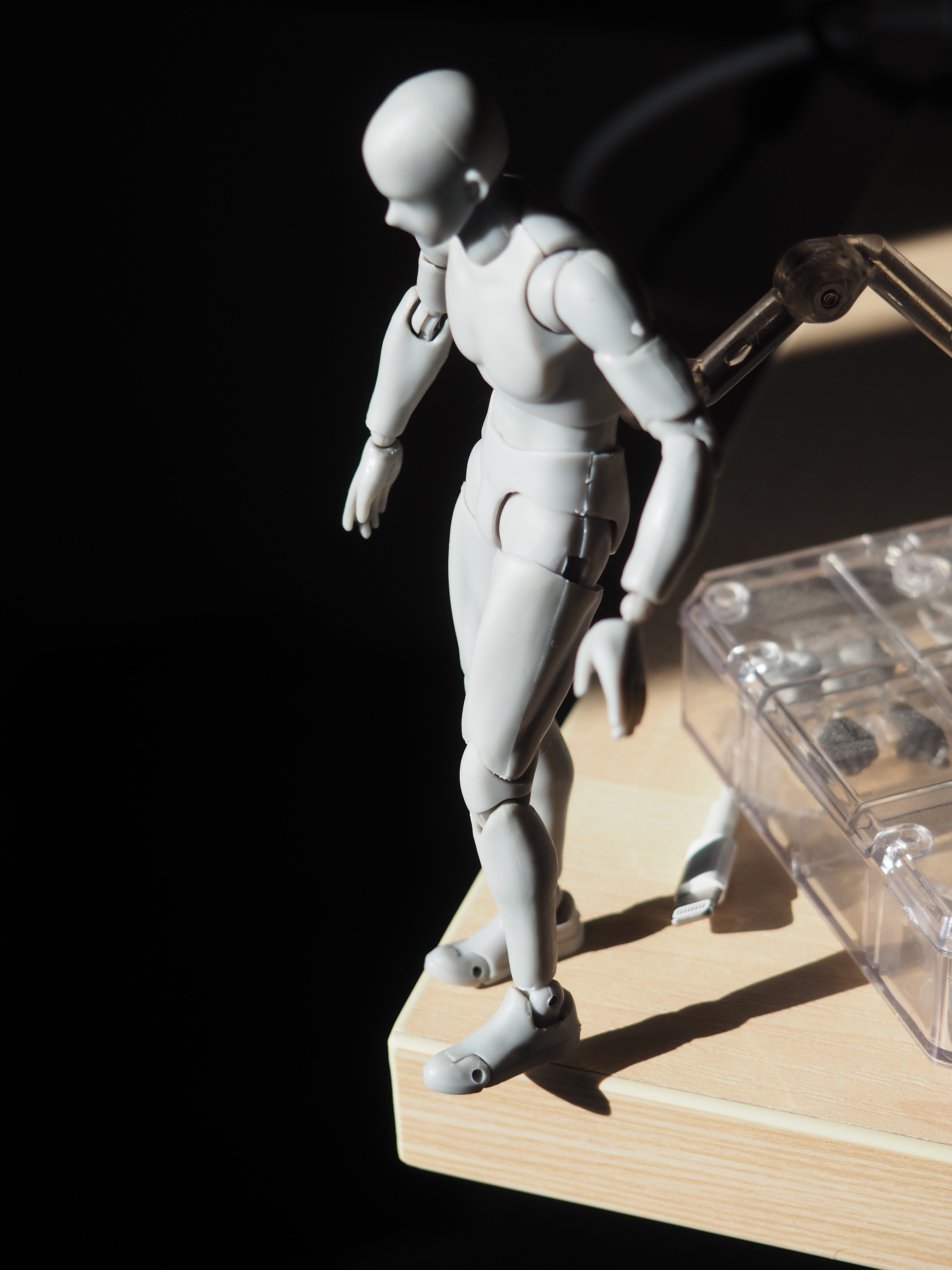 It’s on odd pose in the dog/clown scenario. He’s not stepping on or towards something, he’s stepping off. Although it’s hard to tell, we’d need to remove the context to know for sure. I’m not going to do that. I’d rather you focused on the what he’s going through at the precipice. That’s where the drama is, and that’s what creates tension and narrative.

Of course I’ve provided little narrative or characterisation, and few visual and textual hints. I needn’t even have done that much, but it’s nice to talk about it, don’t you think? What happens next? Does he jump? If so, why? Will he survive the jump? Will he plummet endlessly? Does he have a parachute? Is this really an abyss, or just a shallow hop? Maybe he’s going to jump from a bridge into water, not knowing how deep the water below is.

I have no further photos. We’ll never know the answer to these, and other questions you might have. You can provide these by creating the rest of the story in your head.