A recent musical binge on Car Seat Headrest has lead me to revisit the various lo-fi bands and albums I love from the 90’s. Both Will Toledo’s style and approach owe a lot to that movement, not least to Guided By Voices, but also Pavement, Sebadoh, Sonic Youth and various others to varying degree. Despite forays into more contemporary (if the current brand of revisionism can be called that) styles, and the odd nod to the music of his current home town, Seattle, his music belongs to the late 80’s and early 90’s. the whole lo-fi movement was really an extension of punk and hardcore as it mutated via bands like Husker Du and Sonic Youth into alt and indie. As such the DIY ethic and lack of any meaningful adherence to musical traditions and protocols percolated through and manifested in a mix of sweet, Beach Boys-esque melodies intermingled with chaotic noise, hissing feedback, frenetic string pummelling and frequent bum notes (deliberate or otherwise). By the time this manifested as a scene the belligerent lo-fi aesthetic had styled itself as a higher art form which concerned itself little (at least in the early days) with the commercial  arena with which they later flirted.  While song structures were frequently traditional, the composition and presentation was not. Guided by Voices and Sebadoh in particular concerned themselves with folk and rock, while grinding off the polish, atrophying, making them grubby yet spontaneous, very new, but somehow so old, like a bunch of forgotten photos from school days discovered in the attic. 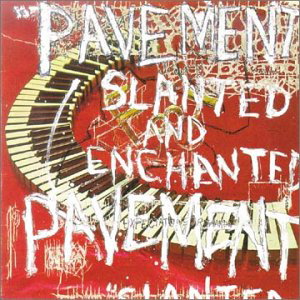 The lo-fi aesthetic was an conscious inversion on the incumbent emphasis on polished production, staid song composition, production line pop and rock that had even started infecting punk. The reference to this as an aesthetic is not mere observation. Whereas punk’s lo-fi sheen, while worn as a badge of honour, came from lack of resources and ability, these future indie icons used minimal production values as an intrinsic part of their art. Song and presentation were one. Just like hearing Yes’s Close to the Edge via a Dictaphone would destroy the well honed presentation, thus GBV’s Echos Myron beefed up through a 48 track with some Pro-Tools action would sound ludicrous. Likewise, the spontaneity and throwaway nature of the recordings was a deliberate counterpoint to the prevailing obsession with perfection and homogeneity. Not only were songs presented as if recorded on said Dictaphone (I think in many cases they actually were) but little attention was paid to song selection or consistency. It would be reasonable to say that, in the early days at least, Robert Pollard recorded and released every vaguely musical idea that came into his head. Everything is filler, nothing is filler. No hits, no bullshit, just art and attitude. Pollard bragged about “sucking” as a band – from such a brilliant songwriter and able musician this is not self-deprecation, but a celebration and a victorious gangshout. Anyone who thinks that Stephen Malkmus can’t sing fundamentally misunderstood Pavement’s music. 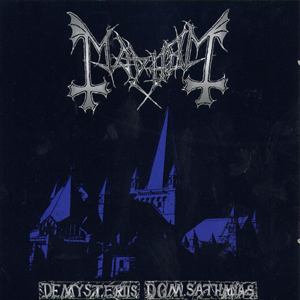 Most musical genres experience their lo-fi epochs. Notable is the aggressive lo-fi ethic that casts its bleak pall over post-Darkthrone/Mayhem Black metal trve kvlt adherents. Find a dank cave, wait for the most gloomy, sleet-prone day, take your ancient Tascam 4-track, some fucked amps, some biscuit, adorn your nails and smear on some corpse paint, biscuit tins instead of drums, a couple of incantations  and a lot noise and screeching later, voila, Satan’s music. The sound of hell frozen over. Darkthrone and their progeny were hunting a sound that best describes the bleak perma-winter forests of the north. Sound and image alike aspired to the primal, elemental, frostbitten, misanthropic and hopeless – high technology have to part to play here, the sound of the forest could only be represented as physically imprinted on magnetic tape and etched into vinyl. Like the indie art brigade, music and presentation were one and the same, and as such Darkthrone never played live, in fitting with this approach.
Both camps were not eschewing technology, they were just railing against the way it was, and is wielded. But whereas an arch, knowing  and bone dry humour permeates GBV and Pavement’s music, Black Metal, in almost all its forms, is deadly serious, and utterly un-self-aware. Whereas Sebadoh and GBV can (usually) be played on an acoustics guitar, not one bit of A Blaze in the Northern Sky could be taken out of context – the thing as you hear it on tape or record is its entirety. Taylor Swift’s 12 month arena tour, public dramas, and fashion statements are every bit as part of the artistic package as each album track, which is wholly antithetical to both mentioned lo-fi movements. 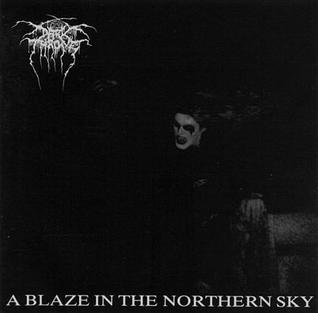 I gravitate towards music and other types of art with this sort of approach (Peter Jackson’s early film making also springs to mind). Even though it often doesn’t move me emotionally, I feel heartened by the off-kilter stance and systematic belligerence. Polished and perfect is not something I’m really capable of, but still I spent many years striving for it, and berating myself for rarely achieving it. These days I welcome the dirt and pollution provided by a chaotic mind and environment, and beautiful entropy that springs only from poor mastery of my tools, pathological disorganisation, low impulse control and lack of ability to follow through. This bleeds through in every endevour I partake in, and now I’ve learned to appreciate this, I think it gives me a creative edge that other are incapable of, or are too fearful to try.
Most of the 90’s US alt mob found their way into professional recording studios eventually, somewhat negating their previous efforts. We can forgive them, since otherwise many talented musicians and songwriters would have been denied the limelight they deserved, and many listeners ignorant to the wonder of their music. Making something polished is also good if you find doing so essential, but don’t deny yourself the indulgence of spewing forth something unfinished, grubby and half-baked from time to time, or even all the time.